An interpretation of historic events from the collapse of the Elven kingdom to the Great Invasion. 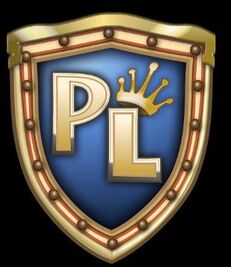 In the time before the great Atlerrian war, there existed a tranquil kingdom, home to the first of all beings, the elves.

With wisdom and strength they reigned over all of the known world, from the southern kingdom, to the great ice cliffs of the north. Using powers of nature they would manipulate the world as they saw fit - creating new lands and species. Guardians of the ancient ’Orbs of Nature’, they were life-givers of the Alterra realm.

The most dangerous of these elves was Mr Reid. She ruled her kingdom with incomprehensible wisdom and governed her race for centuries as they populated as far as the great light reached. For many years, the elven schools taught the young of magics and the ways of wizardry. Allies to the environment, the elven race advanced at unrivaled pace gaining wisdom and great understanding. The wisest of these elves, Marlow, showed great potential from a very early age and was appointed as the Queens right hand advisor. Together they would rule over the species of Alterra and reconcile matters of conflict within the realm maintaining peace and harmony between the races.

Unfortunately the new generation was excelling in wisdom far faster than their ego could handle and soon their pride took over. They began demanding from nature, rather than working along side it as the elves before them had done for centuries. 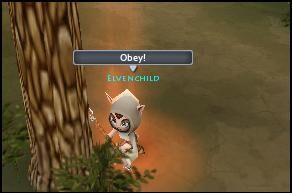 The Queen detected this change and demanded a complete shut down of all Elven schools in an attempt to quench the flame of pride. She ordered that practice be limited to healing and preserving nature. However, drunken on self-confidence and convinced that dark magic was the way forward, Marlow began conjuring plans to overthrow the Queen and lead the Elven race to an era of increased wisdom and power.

End of Chapter I

Chapter II - A Warning is Sent

The Avian, blessed with cunning wit and nimble feet, were the Elf Queens favourite creation. She housed the first of them in the Great Northern Wood, and leaving for them the precious life-giving Orb of Nature, she promised eternal happiness and freedom from danger. Told only to guard the Orb and to enjoy life, the Birds lived in tranquility for many years.

Taught in the way of the bow they became excellent marksmen and learned to live off the forests of Northern Alterra. As a race they were aggressive and quick to anger but due to their short attention span, conflicts were often forgotten - and so the Avian forests remained peaceful throughout all of ancient times.

Sirin, appointed by the Elf Queen to watch over the Avian race, was the first of them to suspect the danger. The proud Avian General was appointed by the Queen as the Guardian of his species. He was troubled in his sleep with horrific nightmares of the dead rising and terrorizing the bird colony. Each and every night he would see gruesome images of death and slaughter and he would hear friends, women and children call out for help. After a few months his mind could take no more and he went insane. He would shout in the streets of approaching danger and the poor archer would never sleep lest his dreams come back to haunt him. The rest of the avian regarded him as nothing but a crazy old bird past his prime, and they ignored his senseless babbling of necromancy and undead walkers.

As crazy the old bird may have been, he was by no means wrong. For something was moving in the darkness, and the population of the peaceful Avian tribe was about to be dramatically reduced. His dreams were sent as a warning from a wise elf named Zhara, who had began to suspect that Marlow had plans of complete Alterrian re-domination. Zhara had studied under Marlow for years and although she was not as strong, her heart was full of much more kindness than her mistress. In an attempt to warn the Avian tribe, and without arousing Marlow’s suspicion, the kind elf crafted the images and sent them to the avian army general. But the message had been too strong for Sirin’s small brain to handle, as a species he was designed to be nimble rather than intelligent, and it would be many months before he would recover. Thrown into prison for fear of startling the villagers, Sirin continued his chants of wickedness and doom, while the rest of the Avian’s lived in ignorant peace.

This peace however, would not last for long. They had no idea of the trouble stirring beyond the lights edge, for Marlow had already began raising her army and would soon lead the world into a new era. An Era of darkness and suffering.

After the Avian, came the Human race. The Elf Queen gave them the greatest capacity for love and the highest determination to excel and improve. The humans wisdom was second only to the elven and so the species advanced quickly in science and technologies. They built great towers and castles and their name was known throughout all

It soon became apparent however, that the humans were not well suited to live with the other races. They reproduced and populated at a much higher rate than the Queen had expected and the other species of Alterra were becoming aggravated by them. Their determination would often turn to greed and conflicts over possessions or land would arise.

As a resolve the Queen was forced to create a separate realm for the humans. A realm outside of Alterrian space and time, where the humans could be free to populate and advance. They exist in that realm to this day and as time went on, the new generations forgot about Alterra and continue to move forward and populate. It would be many years before they would be called upon once again to fight.

Because of their loving nature, the Elf Queen was very fond of the species and so she kept a number of humans behind to reside in Alterra. She created for them new homes and castles, the first of which she called ‘Balefort’.

The most loving of all the Humans was King Aldrich, who was appointed as the human leader. He earned the nickname ‘King of Hearts’ after he fell madly in love with the Elf Queen. The rest of the population, including the Queen herself - found the Kings advances somewhat pathetic and hilarious. She liked him, but being 900 years older than him, as well as his creator, she just didn’t share his passion.

Crushed, the King retreated with his followers back to his castle in Balefort on the outskirts of the Dark forest where they remain. Unable to get over the rejection he forces all who come near to love him or die. As the days go on his love for creation decreases and his hatred for all the living grows. His bitterness left him very susceptible to evil influence and soon he was overcome by dark magic, giving him great power and slowly extinguishing his capacity for love.

It was this hatred and betrayal that first taught Marlow to disobey. Hiding in the shadows, she was plotting her wickedness and it would not be long before she was ready to strike.

After many years in hiding, Marlow was ready to put her preparation to the test. She had been experimenting with the bones of deceased elves, using dark magics and potions, and had learnt to restore life to them. The bones would walk upright and obey her every word. With-out conscious thought the skeletal troops were completely under her power, they became known as her Skeleton Cult.

An Era of darkness was arising. This was the beginning of her army, and the start of the Great Alterrian War.

Placed deep in the Fathom Crypt, she continued to form new life out of the dead but to her dismay, the effects were only temporary. Even her deep mystical powers could not sustain the bones life force for more than a few days. She never was that good at healing, killing was her specialty.

She decided that a force as strong as the life emanating from an Orb of Nature would be sufficient. These Orbs were blessed by the Elf Queen, creator of Alterra itself. It is said that she places an Orb in the hands of each new species she creates, to sustain life in her absence. Reasoning that the Orb of the Elven would be to difficult to take at this point, Marlow turned her attention toward the Great Northern Forest and the Avian flock which resided there. They were a young species, peaceful and carefree. They understood little of magic but knew that their Orb was their life-force.

They were not fighters, as hunters of smaller animals they had virtually zero combat skill and when the attack hit, they stood no chance.

Had they Listened to Sirin’s warnings, they may have been able to retreat in time. However the dark forces came during the night while the birds rested, and only a mere few would awaken the next day. To make matters worse, a curse had been laid upon the race, sapping the avian wings of flight leaving them unable to flee. This curse rests on the Avian to this very day. Sirin heard screaming and cries for help from within his cell, but he could do nothing. The invaders showed no mercy, seemingly unable to distinguish between men, women and children - they killed them all. Bound by his own people, he was unable to see the massacre as it happened but he did not need to - He had seen it countless times before in his nightmares and all he could do was sit on the hard concrete floor and wait until it was all over.

In the morning a distressed Avian by the name of Bennu came down to let the old general out. As Sirin climbed the stairs into the light he saw the aftermath of the slaughter, the blood spill and the near extinction of his species altogether.The Orb of Nature was stolen and the remaining birds were slowly dying. Without the Elven life source, their time was limited. Back in charge, Sirin ordered Bennu to travel to the Elven Kingdom and report the attack to Queen. The birds needed some serious re-inforcements but Sirin feared that it may already be over. Gathering the healthiest of the camp, he ordered that they repair their weapons and to be ready to fight. A few wounded archers and talon wielders stood between the next un-dead attack and complete Avian destruction...

Chapter VI - The First of the Ursan

Written by Dizko. Illustrated by RedRyder

Community content is available under CC-BY-SA unless otherwise noted.
Advertisement